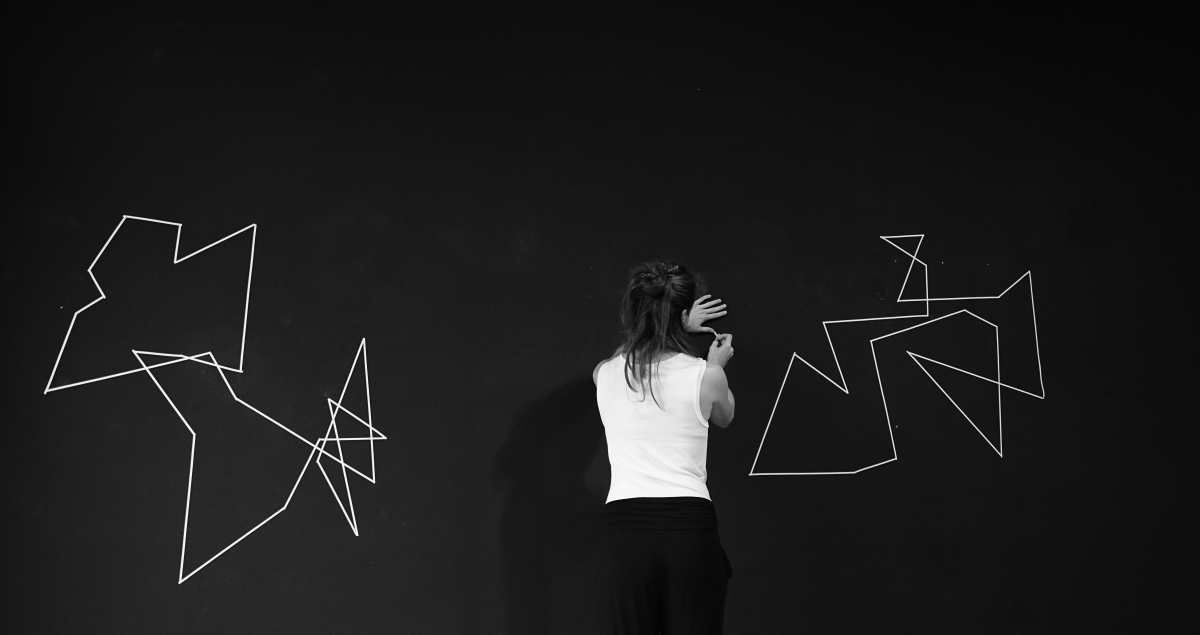 Movementography is a project developed on the idea of trace. The floor, the wall become the surface of the progressive appearance of an instantaneous drawing. It is the retranscription of a movement in space in graphic form.

„I have in fact drawn each dot by hand. To do this I had bring the tip of my pencil into contact with the surface at a pre-determined point, and then to jiggle it about on that point so as to form to do. All the energy, and all the movement, was focused there – almost as if I were drilling a hole. In the spaces between the dots, however, there remains no trace of movement. Although the dots are located on the path of the original gesture they are not connected by is trace, since what is left of the trace and of the movement that gave rise to it is wound up in the dots. (…) Although the connecting lines have to be executed in a determinate sequence, the pattern they eventually form is already given a virtual object from the outset.” (…) What we see is no longer the trace of a gesture but an assembly of point-to-point connectors. The composition stands as a finished object, an artefact.”