A co-production by Elma Riza, Akemi Nagao and Aurélie Pertusot

In 2013, Elma Riza & Aurélie Pertusot, both visual artists, met and found a lot of resonance in their respective works about space and lines. They decided to collaborate and invite the dancer Akemi Nagao to join them for this research. At fist glance the esthetic of their works have a lot of similarity and echo one another (minimal, exploration of the site and the space with the body, utilisation of geometric patterns).Each artist has her own path, her own approach, her own language. Andthis is what will add variety to this project and define the particularityof the interdisciplinary approach from IN BETWEEN.

The idea is to create a series of performances-installations with three universes, three personalities, three temporalities, and to develop a common language with the intention of creating another perception of space by using simple elements. Each creation resonates from one place to the next.

A series of instant compositions* are created with a minimum duration of 60 minutes, structured by different scores related to the subjects matter.
The bodies move in this imaginary spaces, present and remove lines and shapes. With these visual elements they will create and delineate new spaces. Incrementally from the performance, a dialog will appear, a link between the organic presence of the body and the created geometric shapes/patterns. The bodies are a part of the compositions created in the moment and each presence establishes a different relation/connection to these ephemeral landscapes. 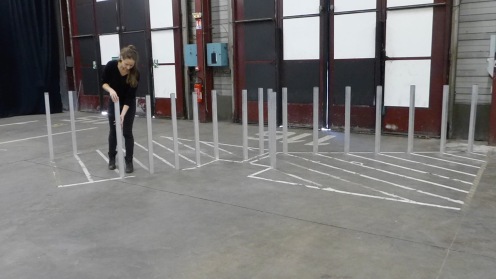 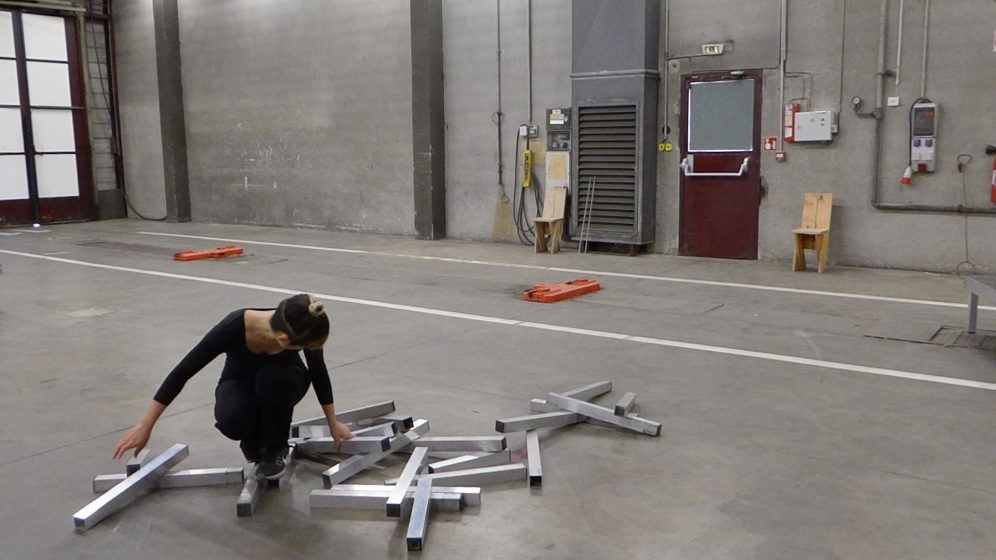